One often overlooked idea for helping children calm down Last night I missed out on watching a House of Cards episode I’d been really looking forward to, because my husband (who watches it with me) had to work.

It was the one thing which had kept me going during a long day and evening of work and I was really disappointed…So I yelled, cried, screamed and threw things across the room.

Actually, I just sighed loudly – and got over it.  But let’s unpack WHY I didn’t have a meltdown and how I managed it.

– I soothed myself by saying to myself, “I guess I can watch Parks and Recreation instead and I can watch House of Cards with him tomorrow night”

That’s what adults do.  We (usually) have the skills to soothe ourselves – meltdowns averted!!!

Children (and even teens) however do NOT always have these skills.  They sometimes don’t understand the details about why they can’t do things and they don’t have the skills to soothe themselves without help.  So they scream, cry, yell, slam doors and act in aggressive ways.  This drives us crazy – and makes us mad at them, which often leads to further meltdowns.

For example, almost every single week I have a conversation with a parent who tells me their children have meltdowns about one particular issue – turning off their screens/ipads/laptops etc.  Often I will have this conversation with the child.

Child (usually with help from me and a parent): Tells me how they are the most interesting, fun things in their lives, and turning them off is incredibly disappointing, frustrating and sad.

Me:  “Tell me, what could you do or say to yourself to make you feel a LITTLE bit better about turning off the screens?”

Child (usually – with help from me and a parent): identifies some other things which can help them feel better, including things they can do afterwards, sentences they can say to themselves, reasons they can cope with it.

Now don’t get me wrong – this conversation doesnt make it magically all better.  Meltdowns still happen.  But I find sometimes they happen less intensively and less often, because the parent and I haven’t just got angry at the child for feeling really disappointed and upset – we have helped them figure out what to do in that moment.

Another example:  last month I talked with a teen who did this successfully – she really didn’t like walking home from school and moaned about it constantly.  Her Mum was sick of her complaining and essentially was telling her to “suck it up”.  There was no way around it – she did have to walk home, and the complaining was getting on everyone’s nerves.  So I sympathised with her, and acknowledged that walking home from school after a long day was not fun.  I then asked her to tell me any way she could help herself feel better about it.  After a conversation she decided that it was useful for her fitness (she was a keen tennis player) and she actually started to jog part of the way home to improve her fitness even more.  Her Mum told me the following week that she had stopped complaining.

Who knows how long that will last – but maybe we’ve gone a little way to helping her know how to soothe herself in other situations too perhaps.

Strategies for kids and teens to deal with disappointment and frustration include:

– Saying, “at least I can do it again after tea”

– Saying, “I can bookmark this page and come back to it later

– Saying out loud, “I’m so disappointed” instead of yelling

– Finding something good about the task they have to do

If we can HELP and COACH kids and teens to deal with disappointment and frustration, rather than just get mad at them for showing these things – then life gets better for them and us. 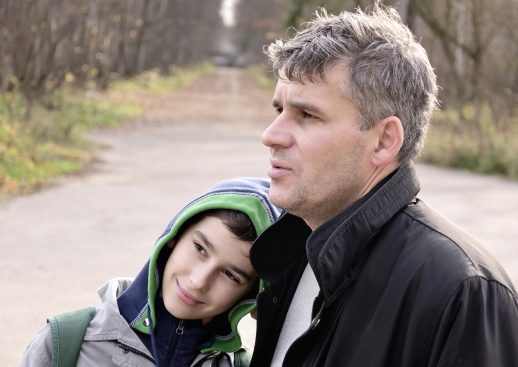 Parental Warmth and Responsiveness for Children with Emotional Health Challenges Attention and Concentration Challenges in Children

Your code has been successfully applied and gives you free access to Calm Kid Central for 30 days. Please note that after this period, your credit card/paypal account will be charged monthly at the usual monthly rate.

If you don't wish to be a member/have your card charged - please make sure you cancel your membership before the 30 day period expires..